An alternative view of Berlin PART2 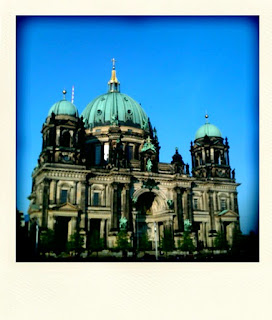 Another impressive iconic building! Think its a museum... 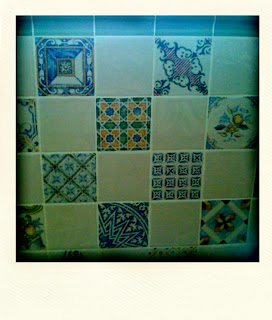 Tiles in our flat... 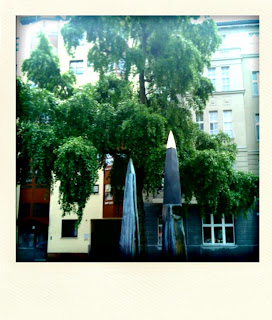 This is one of the best pieces of Street sculpture I have ever seen, I get quite bored of some of the more pointless "look how big I can make this" sculptures, so its nice to see something a bit original. You can't make out how good this is in the photo and I have no idea who it is by, I wish I knew, but the two columns look like organic rough gemstones jutting out of the earth, just beautiful. This blue one below was at Theodor-heuss-platz and was see-through with lots of names etched on it, no idea who it was by or what its for but it stands where a fountain used to be. 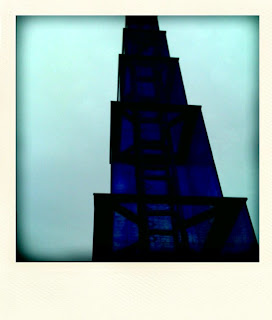 Plastic palm tree outside an Indian 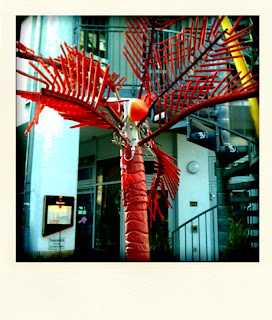 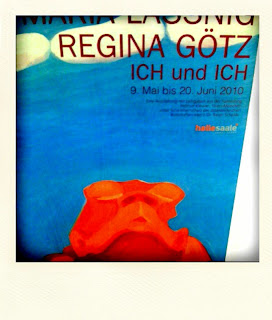 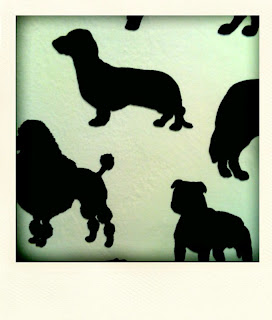 Dog wallpaper in a shop 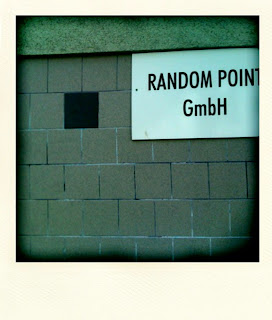 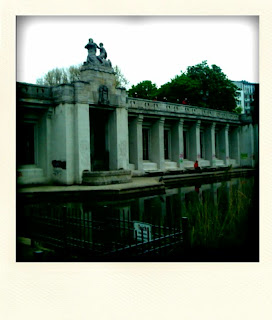 Rudolph-Wilde Park - the picture above shows the tube station at Rathaus, surely the most beautiful tube station in the world...you pull up and there are tall windows on each side showcasing the park. There is a huge fountain with a golden deer on top, and we saw red squirrels in the park. I have never seen a red squirrel before then in the wild (all the greys killed most of the reds in the UK) so it was such an oppertunity to see one in the wild still, much smaller than their grey cousins and I loved their tufty ears! Very Beatrix Potter, hello Squirrel Nutkins! 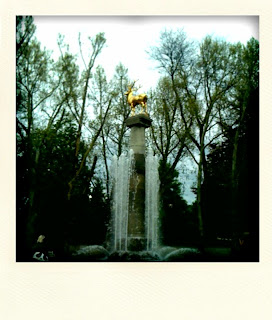 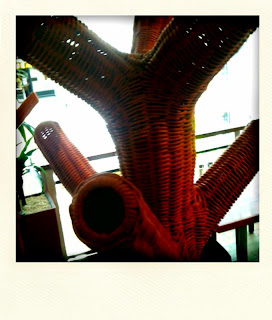 Wicker tree in a restaurant - Mövenpick
At Alexanderplatz, in the dirt mall (Europa centre upstairs) They did the BEST cake in the world, and are not shy on portions, I had a wedge of a Chocolate Champagne Truffle cake and I couldn't finish it which is unheard of for me, usually a special cake stomach opens up and I can consume all the cake. I also had Bears garlic Soup there, never had garlic soup but that was amazing too! The restuarant overlooks the square with the old and new church in. You can see Mr Breeba enjoying the views below. 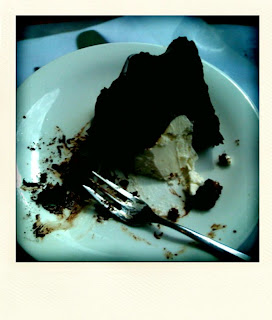 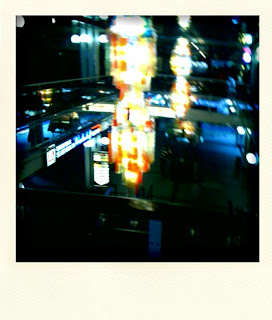 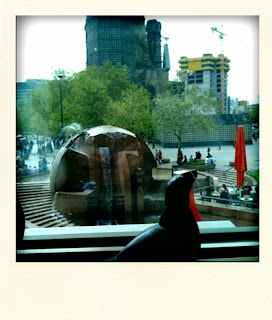 Saw this van EVERYWHERE in Berlin, me and my sister were trying to get as many photos as possible of it, I think they are a removal company but I just love the seal logo! so cool! Wish you could hire sealions as removal men.... 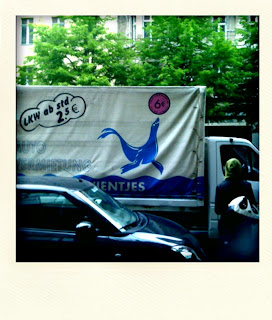 More Graffiti, I'm sure the owner of this beautiful door didn't appreciate their door being scribbled on but I quite like the juxtaposistion of old and new here! 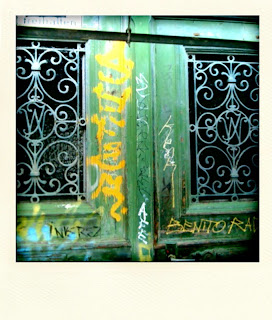 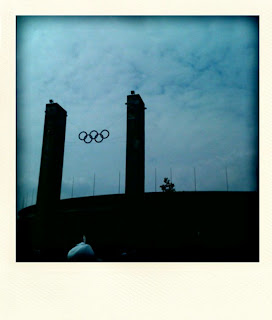 Went to the Olympic stadium, as its where my dad grew up when his dad was posted here to keep the Russians out of West Germany (when the wall was erected). This photo above shows two towers at the Stadium, near where Hitler used to address his masses.
Amazing "Tiki" bug we found, it had bamboo accessories, a visor and cow print seats! 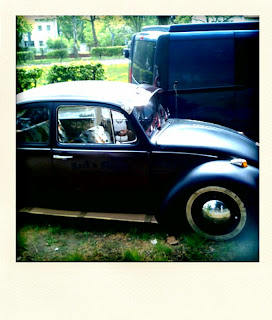 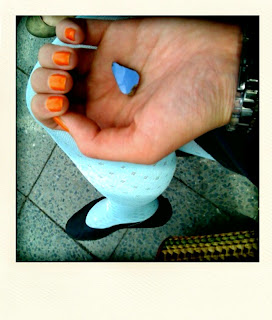 Found this piece of pottery on the floor near where dad grew up, its not rounded but will make a cool pendant for myself, urban pottery! I just love the colour, my fav, periwinkle blue! 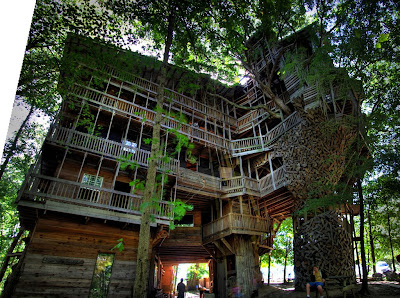 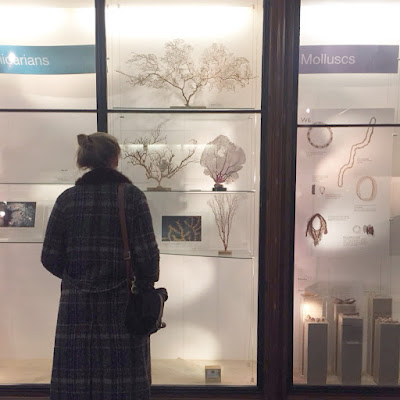 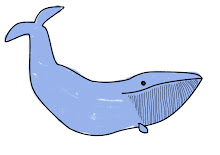 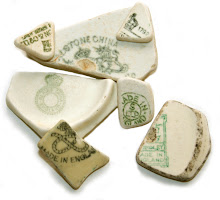